Once when I was a sergeant with the Los Angeles County Sheriff’s Department, I went to the bank to deposit a check and found myself in the middle of a bank robbery. I was off duty, in plain clothes, and had left my gun in the car.

I hadn’t gone to the bank as a cop intent on arresting bad guys. I was just an unassuming customer—with bad timing. Now I knew what a robbery victim felt. I talk more about this in my book “Way, Way, Up There: My Odyssey from Cotton Picker to Top Cop.”

Veteran journalist Jocelyn Y. Stewart experienced a similar kind of turnaround. Instead of reporting about another senseless act of violence, she found herself speaking at a press conference asking for the public’s help to find the killer of a loved one.

Jocelyn wrote about this experience recently in the online magazine, Narrative.ly. Here’s the beginning of her story, “Grief Has No Deadline.”

To be a reporter in a city like Los Angeles is to understand the redundancy of crime.

Bullets strike—and then strike again. A young life ends—and then another. Grieving parents wonder how to survive the aftermath, when birthdays and Christmas mornings arrive and their child is gone.

The reporter who covers the crime won’t be present for the aftermath. The reporter will move on to the next story. Such is the reality of big city reporting. For years, that reporter was me. At the Los Angeles Times for nearly two decades and then as a freelance writer, I experienced the “on-to-the-next-story” life.

Then one sunny afternoon, I found myself at the 77th Division of the Los Angeles Police Department for a press conference about a twenty-two-year-old man who’d been fatally shot while driving in South Los Angeles early in the morning of April 21, 2012.

This time the tearful relatives standing before the cameras and the reporters were mine. The victim wasn’t somebody else’s child. He belonged to us. Kendrick LaJuan Blackmon, a.k.a. Lil Bit. My nephew.

At scenes like this, for so long my place had always been among the reporters, asking the questions, gathering facts and taking down quotes before rushing off to make deadline. Now I stood on the other side of the podium watching the journalists scribble notes as we pleaded for the killer to come forward.

This time there would be no moving on to the next story. I wouldn’t write about this for the next day’s paper. I would live it for years to come, because grief has no deadline.

There is a time of night when a phone call almost always means some kind of trouble, some news that will make your heart sink.

In one motion, I am out of bed, dressed, and in my car on the freeway, headed to South Los Angeles. At that hour the freeway transition road is empty except for my car. This part of the freeway is elevated, so high you can see miles and miles of city lights, neon signs and billboards. All of it sits beneath you, seemingly peaceful, even surmountable. This is a good place to talk to God.

Consider the experience of these two patients:

Patient One has a heart attack. He goes to a hospital, and like most patients who have suffered a heart attack or have pneumonia, he is admitted. An electronic notice will be sent to his insurance company the next business day.

Patient Two is deeply depressed and has tried to commit suicide. He goes to a hospital for help. Before treating the patient, the doctor first must call a toll-free number, “present the case in voluminous detail, and get prior authorization,” Dr. Paul Summergrad, president-elect of the American Psychiatric Assn., said in a recent New York Times article.

For decades insurance companies have been allowed to treat mental illness as if it is somehow not a real disease. Their rules and regulations made it tougher for a person suffering from mental illness or addiction to get help. While this may help an insurer’s bottom line, it does nothing to help our society.

Mental illness has been a major factor in many of the mass shootings that have devastated our nation, from the Newton, Conn. elementary school massacre, to the killings at a Naval shipyard in Washington, D.C. Drug addiction plays a major role in many more crimes every day in this country. Just ask any cop.

Last week, the New York Times reported that the Obama Administration completed an effort to require insurance companies to cover care for mental health and addiction the same way they cover physical illnesses.

The long-awaited regulations defining parity in benefits and treatment have been many years in the making. And they are a critical part of the president’s plan to reduce gun violence. According to the New York Times, the regulations address “an issue on which there is bipartisan agreement: Making treatment more available to those with mental illness could reduce killings, including mass murders.”

The regulations will also extend to people covered by the Affordable Care Act. These new rules are expected to be particularly helpful to returning veterans, such as those suffering from post traumatic stress disorder.

As we continue to search for a way to end the violence that terrorizes this nation, this is a major step in the right direction. 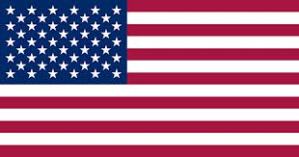 A recent string of violent incidents has forced the nation to again question the roots of violence.

• In Slaughter, Louisiana, an 8-year-old boy played the violent video game Grand Theft Auto, then shot his 90-year-old grandmother in the back of the head, killing her.

• In the Washington, D.C., area a former Navy reservist, who was known to play violent video games for hours, and had displayed signs of mental instability, walked into a navy yard and shot and killed 12 people. The New York Times reported that Aaron Alexis was armed with an AR-15 assault rifle, a shotgun and a semiautomatic pistol.

• In Chicago, four young men were charged in the shooting of 13 people who had gathered to watch a basketball game. The injured included a three-year-old.

Last week on its first day of release, Grand Theft Auto V, generated a whopping $800 million in retail sales worldwide. The success of the GTA franchise is unparalleled—and its makers are unfazed by the critics who see a link between violent video games and gun violence. Millions of people have played some version of Grand Theft Auto and have not committed homicide.

Yet, the killings continue. The link between video games and violence may be debatable, but in my mind one point is painfully clear: children and crazy people should not have access to guns.

This is a simple concept that many people can agree on and accept. But when it comes to enacting the laws and policies that would transform that concept into reality, the gun lobby pulls out…the big guns. Any attempt to modify gun laws meets with derision, scare tactics, a campaign to paint gun control as an attack on the Constitution, the Bill of Rights, the American way, and your personal safety.

And the killings continue.

The idea that more guns in America equals a safer America simply does not wash. One horrific event after another proves that more guns have resulted in more accessibility. When even eight-year-olds and the mentally ill can access guns something is terribly wrong.

This may come as a surprise to some of my brothers of the badge, but I believe it’s time to have serious discussions about responsible gun ownership and about limiting access. It’s time to talk without the rabid rhetoric and scare tactics. As a nation we are innovative enough and brave enough to create a way to keep guns away from those who should not have them, while maintaining access for others. After all, working together to resolve our problems is really the American way.